Hello nail art enthusiasts!  I got my hands on the entire collection of OPI Muse of Milan!  That being said this post will have a lot of pictures.  OPI is one of my favorite nail polish brands, so I was excited to swatch all of these colors and try them out.  All of the swatches do have top coat.  Keep reading to see what I think about this collection.

Addio Bad Nails, Ciao Great Nails is a shimmer described by OPI as a “wisp of pale lavender shimmer”.  I would say this is a dusty lavender that leans toward a creme formula with a purple violet shimmer in it.  The shimmer is hard to catch with my camera.  It can be seen best in direct sunlight or the flash of a phone. This color would be a great transitional color into fall.  This was opaque for me in two coats.

Complimentary Wine is a creme described by OPI as a “deep bouquet of ripened berries.  This is a deep burgundy crelly formula.  It does have some brown undertones to it.  It was opaque for me in three coats.  This is definitely a fall color that reminds me of all of the leaves turning color.

Drama at La Scala is a creme described by OPI as a “dramatic steal the show teal”.  This is a deep teal.  It reminds me of OPI’s AmazON…AmazOFF but Drama has more blue in it.  It was opaque for me in two coats.

Duomo Days, Isola Nights is a creme described by OPI as a “deep sapphire blue”.  It looks like a dark denim blue to me and is a nice jewel-tone color.  This next to Drama, you can see that Drama has a little more green to it.  It was opaque for me in two coats.

Fall-ing for Milan is a shimmer described by OPI as “bronzed beauty”.  It is a creamy tan base with a bronze copper shimmer running throughout it.  I did not think it was flattering with my skin tone but it is a beautiful color.  It was opaque for me in two coats.  I tried my best to capture the shimmer in this color.

Galleria Vittorio Violet is a shimmer described by OPI as having “brilliant tones of amethyst and violet”.  This is a stunning color.  It is for sure one of my favorites in this collection.  It is a creamy bright purple that has a violet shimmer which was hard to capture on camera.  It was opaque for me in two coats.

Have Your Panettone and Eat it Too is a creme described by OPI as a “indulgent sweet nail color like the Italian delight”.  This is a darker pumpkin orange.  I think this tone of orange says more “fall” orange than like a “Halloween” orange.  This color was opaque for me in two coats.

Leonardo’s Model Color is a shimmer described by OPI as “being draped in the glow of shimmering light and an inspiration for any master artist”.  Leonardo is a deep purple-y blue crelly base with deep purple, violet and gold shimmer running throughout it.  This color is a stunner!  The way this color looks in every light blew me away.  You can see the shimmer at all times, not just in bright sunlight.  I did get this opaque in three coats.

My Italian is a Little Rusty is a creme described by OPI as having “rich chestnut earth tones”.  I don’t know if I would describe this as a brown with a lot of orange tones or and orange with a lot of brown tones.  Either way, it is a beautiful warm shade that is fall ready.  It was opaque for me in two coats.

OPI Nails the Runway is a shimmer described by OPI as a “shimmery granite gray”.  This is another favorite of mine.  I would describe this color as having a gray tinted crelly base with copper and silver shimmer but there are also flashes of violet and blue.  So maybe the silver shimmer is a duo chrome?  They can be best seen when I put it over a black base.  On it’s own, I did manage to get this pretty opaque in three coats.  The last three pictures are over a black base, and the final picture, I intentionally blurred it to try to capture the violet and blue flashes.

Suzi Talks with Her Hands is a creme described by OPI as a “stand alone gray”.  I would describe this as a slate gray that does have a slight green undertone.  It makes me think of a stormy rainy day and gray is a good fall color that will go into winter.  It was opaque for me in two coats.

This Color Hits all the High Notes is a pearl described by OPI as “pearly chrome”.  It is a lightly blue tinted pearl.  I’m not typically a pearl finish person but this is a pretty color and the brush strokes weren’t too noticeable.  I had just taken quite a bit of length off of my nails when I swatched this so I apologize for the inconsistency in nail length.  This wasn’t quite opaque in three coats, but three coats is my maximum number of coats when applying a color.

I love OPI, so I have a little bit of bias.  I think there is a nice mix of finishes in this collection.  There is something for everyone.  All of the polishes have a nice formula and were easy to work with.  Although I like all of the colors, my favorite ones are Galleria Vittorio Violet, Leonardo’s Model Color and My Italian is a Little Rusty.  If you want to add some fall colors to your collection, definitely go pick up a few or your favorite one.

See a color you like?  We carry the entire collection at a competitive price.   You can purchase them here: Muse of Milan. Don’t forget to use discount code: “NeedThatPolish” and receive 10% off your entire order. 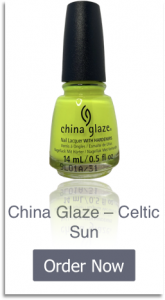 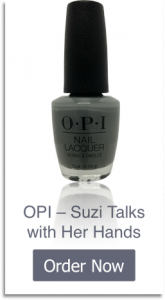 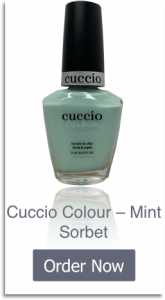 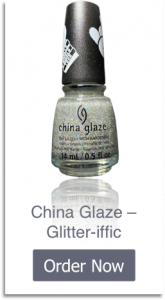 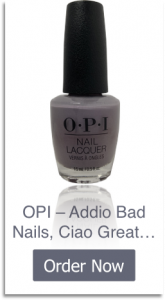 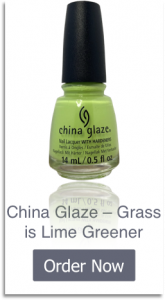 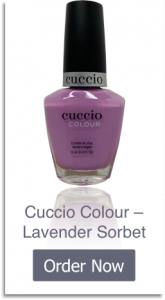 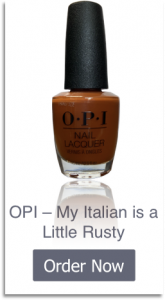 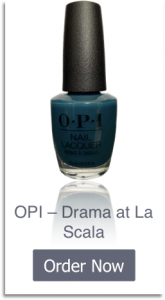 One Reply to “OPI Muse of Milan Review” 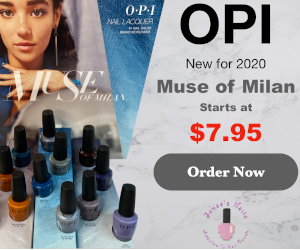 About Me
Our site uses cookies to ensure that we give you the best experience. Continuing to use this site you agree to the use of cookies as they're currently set.Ok